Challenger Decks 2021 is a set of four individual preconstructed 75-card challenger decks that became available on April 2, 2021 (due to production issues this date was moved up from March 26).[2][3][4]

Like its previous installments, these challenger decks are built with more tournament-play competitive players in mind. The 75-card decks are geared toward Standard play for the Friday Night Magic player. They are intended to be playable and competitive at a local level right out of the box. All cards will have been previously printed in Standard and are Standard-legal. They contain fan-favorite cards from Kaldheim, Zendikar Rising, Ikoria: Lair of Behemoths, Core Set 2021, Theros Beyond Death, and Throne of Eldraine.

The new, smaller, packaging of these decks is "near plastic free", and made from eco-friendly, recyclable material. The only plastic inside is the wrapping of the cards.[5][6]

The decks are available in English, French, German, and Japanese. 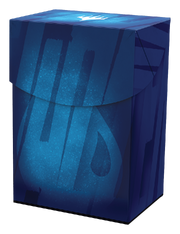 Each deck comes with 5 double-sided tokens, pulled from the following list (original expansion and token number in parentheses):