Symbiotic Swarm is a 100 card Commander preconstructed deck with a counters theme, featured in Commander 2020.[1][2] 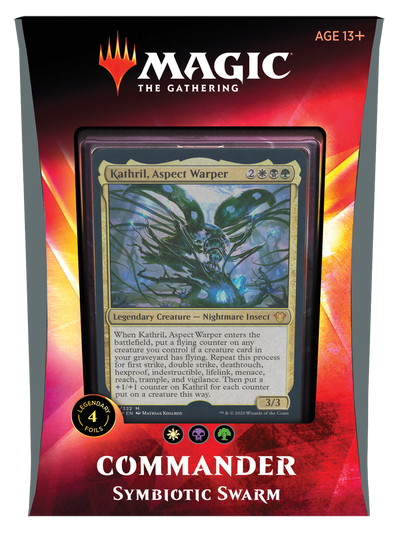 The new cards in the deck are:

Cards that were printed in the simultaneously-released Ikoria: Lair of Behemoths expansion, and thus use the Ikoria expansion symbol, are:

Reprints with new art in the deck are:

The deck comes with 10 double-faced tokens:[3]

The box also includes 4 double-sided punch cards with keyword counters on them, including the indestructible and double strike counters found only in Commander 2020. These provide you with the following counters:[4]