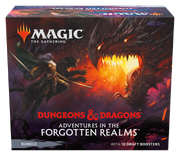 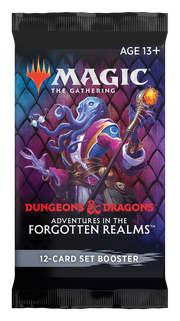 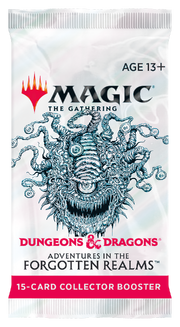 As a first, the basic lands of this set feature flavor texts. These are structured as descriptions presented by a Dungeon Master.[5] Showcase cards have a "classic rulebook frame treatment", pulled from the look and feel of illustrations in the the original Dungeons & Dragons Monster Manual. Showcase lands look like the covers of old module sourcebooks. 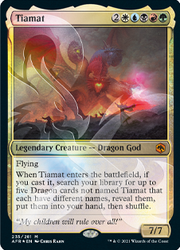 Forgotten Realms introduces the Dungeon card type.[16] These also come in double-sided and oversized versions.[17] Dungeons are connected to the Venture into the dungeon mechanic, and certain cards receive a bonus when they are completed.[18]

Dungeons & Dragons: Adventures in the Forgotten Realms has at least one cycle:

Dungeons & Dragons: Adventures in the Forgotten Realms features four Commander decks that are released as a regular part of a set's product line, each containing 15 new cards.[19].[14]