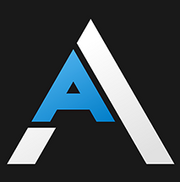 MTGA Assistant is a game extension for Magic: The Gathering Arena built on the Overwolf platform. The software has several functions built in to enhance the player's gaming experience and offers in-game functionality like deck and collection tracking, a draft helper, metagame advisor, and also social features like its own ranking ladder and community teams. It runs as an overlay inside of the MTG Arena game and also as a standalone desktop app.

The extension was built by André Liverød and Magnus Gustavsen, the founders and developers of AetherHub.com and is a closed source software. The AetherHub website supplies metagame and statistics to the app which in turn reports in decks and metagame back to the webserver. The initial work started in November 2019 and the official release happened January 16, 2020. MTGA Assistant was coded in Javascript and C# with the use of Vue.js framework. It does not require any user registration or account to be used.

MTGA Assistant has the ability to track the user's deck during gameplay by giving an overview of all cards in the library, and the chance to draw them. This is vital information for players as it is hard to assess this manually during gameplay. In addition, all matches played in Ladder, Events, and Play modes are logged and displayed in a deck statistics window where users can see their win-loss rate in each of the modes and get an overview of how their decks are performing.

The app has a collection tracker, it reads all collected cards, groups them by values like color, rarity, lands, and sets and displays them as percentage progress in an overview. The hidden vault progress is also shown to users by displaying it in their collection overview.

Users are presented with high performing decks in a metagame summary with data collected from AetherHub. By looking at the player's card collection the app informs them of how many wildcards they need to build each of the meta decks. There is also a tool for comparing any decklist and show differences to the user’s current decklist.

Currently supporting the Quick draft mode in MTG Arena, MTGA Assistant displays the draft ratings and comments from pro player Luis Scott-Vargas which he publishes on ChannelFireball. While drafting against bots, users will get a small overlay with all the cards in the draft ranked by their rating. The draft helper also highlights which cards the player does not own a playset of. Currently, MTG Arena does not produce log output in Premium or Traditional Drafts.

All drafts are logged and stored locally so users can browse their draft history and picks by opening the draft logs within the extension.