For other uses, see Legends (disambiguation).

Magic: Legends is a free-to-play ARPG (action role-playing game) created as a collaboration between Wizards of the Coast, Cryptic Studios and Perfect World. As of December 2019, it is in its beta phase.[1][2] It is available on PlayStation 4, Xbox One, and PC. The PC Open Beta launched on March 23, 2021.[3][4][5]

The development of a free-to-play Magic themed role-playing videogame was announced on June 7, 2017.[9] It was originally announced as a MMORPG (massively multiplayer online role-playing game). Cryptic Studios CEO Stephen D'Angelo explained that his "intent is to go forward with a Magic game that is not about the card game. It's about jumping into the world and the fiction of Magic: The Gathering." [10]

The name of the game, Magic: Legends, was officially revealed on December 12, 2019, at The Game Awards, a year and a half after the game was announced to be in development.[11]

An ancient force moves in the darkness, and it's up to you to walk the planes and gather the power needed to fight. Choose your path through the planes, collect spells to create powerful spell hands, and control the chaos of battle as you fight to save the multiverse from its greatest threat yet.

Build a deck of 12 cards that constantly cycle, with 4 active cards and a slew of handy abilities to smash your way through endless monsters and maps. Combine buffs, spells, and summons to weave your way through the Magic lands.

Magic: Legends takes place in a time of building tensions: after the Great Mending of Dominaria, and before the Hour of Devastation on Amonkhet.[12] The game also seems to take place around 4560 AR, in a period of time after the Roil has been quieted but before it resumes[13] , and after Avacyn has been corrupted by Emrakul.[14]

The game follows the player character, known only as the Traveler, as they travel across the multiverse tracking down the mysterious planeswalker Vaash Vroga as her machinations come to fruition across a number of planes.

As a Planeswalker in Magic: Legends, you have a number of components that you can collect, customize, and enhance as you defend the Multiverse from ancient threats — Classes, Spell Decks, Equipment, and Artifacts. These components all come together to form Loadouts. Each piece of a Loadout has a specific use and set of modifiers, which allow you to experiment to find many different playstyle combinations. One or more Loadout components may synergize/enhance others.[16]

Classes are a large part of your progression in Magic: Legends, and having a variety of play-styles at your disposal makes deck building, Artifact collecting, and loadout creation all the more interesting.

The main free classes that can be played are:

Other classes are added in later stages of the game (e.g. Dimir Assassin, Pyromancer).

Players gain experience (XP) by completing various missions and quests throughout their journeys.[19] When a planeswalker earns a sufficient amount of XP, they level up. Characters get stronger as they level up, gaining more hit points and dealing more damage as they go. Upon reaching milestone levels, however, players unlock class features: enhanced class abilities, class perks, and class traits.

In addition to the classes that are included in the game for free, you can buy extra themed Planeswalker classes that give you more class options to choose from when constructing your loadouts.[20] These classes will have their own progression trees, Traits, Spark Powers, abilities, and a unique costume that can be worn on its own or mixed with the costume parts from other classes to customize the look of your planeswalker. These classes are not more powerful than the free classes that exist in the game but are different from the free classes horizontally. They will have their own set of play options without giving a numerical advantage.

A deck in Magic: Legends is a collection of twelve spells that a planeswalker can cast during combat.[21] The player can combine spells of different colors to create many decks with various themes and strategies. Each planeswalker class starts out with a preconstructed single-color deck of spells, but branching out to include other colors and swap out spells will be key to fine-tuning the ultimate deck.

Equipment also comes in four rarities. These items fill a variety of slots to deck out your Planeswalker, and you’ll mix, match, and maximize gear for your Head, Body, Arms, and Feet - plus two Accessories. Equipment has stat bonuses that improve your Planeswalker’s overall combat ability and survivability.[22]The Tailor is an NPC you can find in the hub area of each region. There, you can view your unlocked appearances from the gear you’ve been collecting throughout your adventures. The Tailor allows you to edit your costume’s Headwear, Bodywear, Undershirts, Armwear, Gloves, Pants, and Footwear. You can also use The Tailor to adjust your character’s body, face, skin color, hairstyle, and more.

Artifacts exist outside of the deck rotation and provide permanent effects improving your Deck and spells..[23][16]

Whereas spells are unlocked and upgraded by collecting numerous Spell Shards that players obtain through combat, every Artifact is a unique, random drop that a player can obtain from relic caches they find while exploring the Multiverse. Some Artifacts can also be crafted in the player’s Realm. Each relic cache the player finds has a chance of either unlocking an Artifact or providing relic fragments. Relic fragments come in four levels of rarity – common, uncommon, rare, and mythic – and are used to upgrade Artifacts.

The Meditation Plane is revealed to have multiple pocket-realms, one of which belongs to the player character.

The player's realm is the personal sanctuary of a player that grows with them and reflects their overall power level.[24][25] It reflect advancement regardless of their selected spells, classes, Artifacts, and so on. As players level the focal point of their Realm — known as the Aetheric Core — they are able to undertake projects at various workstations within. These workstations include the Arcane Library, the Artificers Workshop, the Mana Vault, Lands and the Cartographer. Each of these workstations serves a unique function and can be improved and advanced alongside the Realm’s Aetheric Core. By running projects at these workstations, players may earn rewards including new spells, Artifacts, class unlocks, mission reward multipliers, and more. In addition to this, players will be able to convert resources like gold into other forms such as Planar Mana while in their Realm.

Each region or area within a plane consists of a large map called an “Overworld”. These maps are massive, explorable landscapes.[26]

Players have two kinds of active powers at their disposal: Spells and Class Abilities.[32]

Players have a hand of four spells, which are randomly drawn from a deck of twelve that the player builds themselves. Each time the player casts one of these spells, another random spell from their deck takes its place. [33]Mana is the player’s primary combat resource in Magic: Legends, setting the pace of gameplay akin to the way it does in Magic: The Gathering. Mana refills over time, up to a maximum of twelve mana divided among the mana colors present in the deck. A player can cast a spell as soon as they have the mana to do so or save it all up for a larger multi-spell combo.

As a player progresses during combat, their Spark Meter will fill alongside the mana bar. Spark power increases much more slowly than mana, but it is an extremely valuable resource that can be used for two different powerful effects:

Hubs are designated safe spaces within the Multiverse where players can undertake a number of activities.[26]

In addition to the persistent activity of the Overworld, each region contains a number of engaging replayable instances, which are individual maps, scenarios, or dungeons set aside for players to enjoy privately.[26]

In order to provide a dynamic gameplay experience Magic: Legends makes use of a system called the “Director”. This system controls which enemies spawn, where they spawn, and when they spawn.[34] The Director spawns 2 kinds of enemies, wanderers, which wait for the player to engage, and hunters, which seek out the player and attack.

Magic: Legends is not selling content updates or playable missions. The developers' goal is for the entire game to be playable and fun from beginning through endgame and beyond without having to spend a dime. They will be offering a variety of items for purchase that will give players alternative options when building their decks or loadouts, but not give them a numerical power advantage.

Magic: Legends offers booster packs for sale as a way to collect spells, and collect shards of spells in order to expand and level your spell library.[20] If you choose to purchase these booster packs, there are several other types of items you have a chance to unlock in addition to spells. These range from unique Artifacts, to unique spells, and even a unique class. These classes and items are not more powerful than the free classes or other items that exist in the game but are different horizontally. They provide a different set of play options but don’t give a power advantage.

Magic: Legends also provides a Battle Pass system for added progression and even more rewards. There is also a variety of convenience items for sale, such as loadout slots, deck slots, XP boosts, and other items that assist with leveling throughout the game. None of these are required, but they do allow for faster progress.[35]

Players can exchange a specific currency earned through play, Aether, with other players for actual cash store currency at a conversation rate that is completely community-driven. The exchange empowers people to purchase cash store items or lower the cost of them by playing the game.

The Currency Exchange facilitates the conversion of the earned ‘Refined Aether’ currency into the paid currency, ‘ZEN’ - and on the flip side, converts ZEN into Aether - at a community-driven rate. Unrefined Aether is earned from completing Overworld Activities and Missions – or as Battlepass rewards – and will refine automatically. Each account has a daily Aether Refinement cap of 50,000, and a maximum Aether storage cap of 2,000,000.[35]

The Broker is another system in Magic: Legends that allows you to leverage an earned, in-game currency to purchase ZEN Store items, and more. The Broker acts as an intermediary that facilitates trades among Planeswalkers.[35]

While the majority of content was new, there were several instances where content had been drawn directly from an existing Magic card: 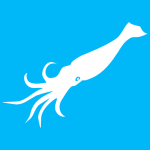