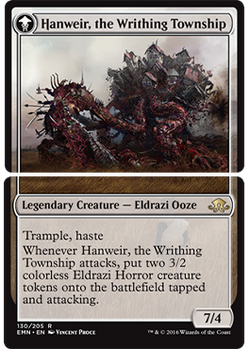 Meld cards are similar to double-faced cards and were introduced with Eldritch Moon.[1]

A meld card isn't a double-faced card. It can't transform or enter the battlefield transformed.