The Mythic Invitational Boston 2019, billed simply as the Magic Invitational, was an exhibition event taking place at PAX East in Boston, Massachusetts, United States on March 28–31, 2019. It featured the biggest-ever prize pool awarded in a single Magic tournament, with $1,000,000 distributed to the 64 participants, with the winner earning $250,000. The event took place entirely on Magic Arena, and invitations were extended to 30 members of the Magic Pro League, 26 select high-profile Magic streamers, and 8 top-ranked Magic Arena players.[1] 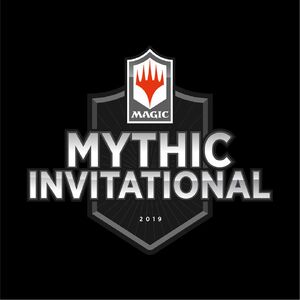 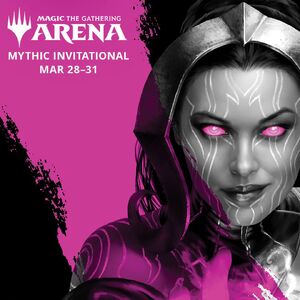 The tournament featured double-elimination play through all days of the tournament using a new format called Duo Standard.[2]

In Duo Standard, players submitted two Arena Standard-legal decks. Players couldn't sideboard between games, though they could submit a sideboard (for cards such as Mastermind's Acquisition). Players could submit two different decks, two of the same archetype with different cards in both, or the exact same deck twice.

The prize purse of the tournament is $1,000,000, with each participant earning a minimum of $7,500. The prizes are distributed as follows:

The announcement was received with mixed response from the community. Criticism was leveled at the tournament structure: The lack of sideboards, the Duo Standard system with random deck selection for game 1, and using double elimination for such a high-stake tournament. The invitation list was also criticized, with many of the game's top streamers, such as Jeff Hoogland and Caleb Durward, being omitted, as well as the Platinum pros that were not members of the MPL, such as Gregory Orange, fifth-ranked in the world at the time of the announcement. Others praised the diversity of players invited, in particular that the invitation list included a number of female/non-binary players, a segment not represented in the MPL.

During the months leading up to the event, several individual players had to be replaced, some under unfortunate circumstances: