Oath of the Gatewatch

Oath of the Gatewatch contains 184 cards (70 Common, 60 Uncommon, 42 Rare, 12 Mythic), but there are only 183 functionally different cards. However, because of the full-art and regular versions of the Wastes (twice), collectors view this as a 186 card set. Small sets are now enlarged to facilitate the new draft structure (2 boosters of the second set / 1 of the first set).[5][6][7] The set includes randomly inserted premium versions of all cards. The expansion symbol of the set seems to be a stylized representation of Kozilek's brood, but it also has similarities with hedrons, usual for Zendikar sets. The set features two Planeswalker cards Chandra, Flamecaller and Nissa, Voice of Zendikar.[8]

Four planeswalkers (Gideon Jura, Jace Beleren, Chandra Nalaar and Nissa Revane) join forces in their battle against the Eldrazi titans Ulamog and Kozilek and the demonic planeswalker Ob Nixilis. They become the Gatewatch, a team with a lasting commitment to protect the people of the Multiverse from threats that no one else can handle. The six cards that represent the pivotal moments in the storyline are: Kozilek's Return, Remorseless Punishment, Call the Gatewatch, Bonds of Mortality, Fall of the Titans and Zendikar Resurgent.[11][12] 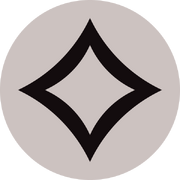 Oath of the Gatewatch is sold in 16-card boosters (the 16th card being a marketing card), five intro packs and a fat pack.[13] The series of clash packs is discontinued. This is the first small set to feature four different pieces of art on the boosters. These depict the four members of the Gatewatch as featured on the partial Oath-cycle: Gideon, Jace, Chandra and Nissa.[14]

The set features the full-art lands from Battle for Zendikar (complete with the original expansion symbol).[15] The Oath of the Gatewatch fat packs also have full art basic lands. Like the other non-full-art basics, non-full-art Wastes are featured in the intro packs.[16]

Zendikar Expeditions are all premium foil cards with a special Zendikari frame and a separate expansion symbol. Thus, they are not part of the set.[17] Zendikar Expeditions include all new art set on Zendikar and appear slightly more often than premium mythic rares. These cards are playable in limited and formats where they're already legal. 25 Expedition cards appeared with Battle for Zendikar (the 5 new battle lands, 10 shock lands and 10 fetch lands[18]) and 20 more cards in Oath of the Gatewatch (10 filter lands and 10 assorted lands with resonant flavor for Zendikar[19]).

Two-Headed Giant was central to the prerelease experience.[20] Prerelease events took place on January 16–17, 2016. The Prerelease format was be Sealed (4 Oath of the Gatewatch/2 Battle for Zendikar). Each pair of players received two prerelease packs that they could use after the event as a take-home deck box. Inside each Prerelease box, there are four Oath of the Gatewatch booster packs and two Battle for Zendikar booster packs, a spindown life counter, and a randomized, date-stamped premium promo card, drawn from any rare or mythic rare in the set.

The following named tokens were released with Battle for Zendikar:

. It is used for cards that depict Kozilek's brood lineage of Eldrazi.[23][24] With Wastes, the set also introduces the first typeless basic lands.[25] Wastes are twice as common as a normal common in boosters.[26] The colorless mana symbol is found, together with generic mana symbols, in the mana cost of some spells, such as Endbringer (unlike generic mana costs, it cannot be paid with colored mana), and also replaces numbered colorless mana symbols such as

in abilities that produce mana in Oracle text for all cards (for example, Ashnod's Altar now produces

There are three new named mechanics:[27]

To express the theme of "Planeswalkers forming a team" with game mechanics, R&D also created cards that encourage the player to use multiple planeswalker cards.[28]

Landfall is reused, but in a very minor capacity. It only appears on Embodiment of Fury and Embodiment of Insight, originally envisioned as a cycle. Likewise, white and blue each have an uncommon creature (Wall of Resurgence, Cyclone Sire) that essentially has the awaken mechanic. Technically the mechanic only works on instants and sorceries, so it had to be spelled out in the rules text.[29]

Oath of the Gatewatch has three complete cycles and two partial cycles:

Oath of the Gatewatch has one mirrored pair.

The allied color taplands are functional reprints of the taplands which appeared in Invasion and were reprinted in 8th Edition. The reason behind this was that the original cycle mentions locations in Dominaria, and the more generic name meant that these cards could be reprinted in any set.[38]

Thought-Knot Seer, Eldrazi Displacer, World Breaker, Eldrazi Mimic, Matter Reshaper, Endless One and Reality Smasher are seven powerful cards with the Eldrazi creature type. Combined with previous cards from Battle for Zendikar (Eldrazi Skyspawner, Drowner of Hope, Eldrazi Obligator and Wasteland Strangler) as well as the two Eldrazi tribal lands (Eye of Ugin and Eldrazi Temple) these cards created were the foundation for a strong deck archetype. This archetype dominated the Modern metagame at Pro Tour Oath of the Gatewatch and led to the event known as "Eldrazi Winter" which ended with the ban of the Eye of Ugin.

Even with Eye of Ugin's ban, the majority of these cards are still played in the decks Bant and Tron Eldrazi. The backbone of the deck is also present in Legacy and Vintage formats, due to the addition of two more double-colourless lands in City of Traitors and Ancient Tomb and powerful artifact lock spells.

Oath of the Gatewatch has five intro packs.[13][43] There are no clash packs or event decks.