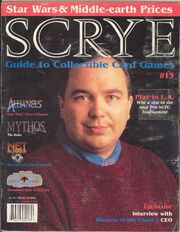 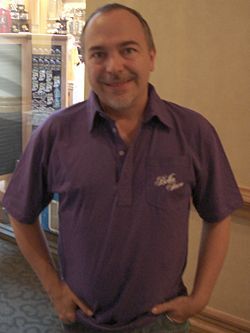 As of 2005, he is CEO of the relatively new Hidden City Games and working to promote their new game Clout Fantasy. Adkison is a long time fan of role-playing games in general and Dungeons & Dragons specifically.

Adkison received a bachelor of science in computer science from Walla Walla College in 1985.[1] Adkison has an MBA from the University of Washington.[4] From 1985 through 1991 he worked as a systems analyst for Boeing.[1]

In September 1999 Adkison sold Wizards of the Coast to Hasbro.[1][7] He entered "semi-retirement" engaging in rock-climbing and "lying around".[8] In May 2002 Adkison purhased Gen Con from Hasbro.[8] Adkison had been attending Gen Con since 1992.[8] Adkison claims to have "always loved" Gen Con.[3]