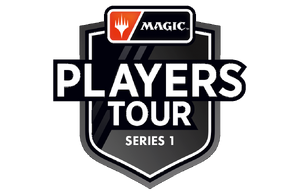 It was announced that there would be three regional Players Tours for which Player Points will be awarded:

Participants were to be:

After the 2020 Partial Season was disrupted by the coronavirus pandemic and had to be partially moved to MTG Arena, it was announced that Wizards of the Coast would shift its focus to shorter length seasons with a structure that provides more flexibility so that they can quickly pivot and adapt in the current global landscape.[2][3] It is unclear if and how high-level tabletop tournaments like the Players Tour will return.

In May 2021, Magic Esports announced a return to in-person play post-COVID-19 for the 2022–23 Players Tour Season.[4] Although the digital play was considered to be a lasting part of of the tournament scene, it is deemed to be only part of the equation going forward. As a result, the 2021–22 Players Tour Season was announced to be the last season featuring the MPL and the Rivals League.[4] Pro Players were told that they should no longer consider success in tournament Magic to be a valid career option.[5] Some form of managing invites for large, Pro-Tour equivalent tournaments will be implemented, and the salaries towards the Leagues would be directed into the prize pool, but no system appears to have been developed at this time.

Although professional play isn't viable anymore (no planes or hotel tickets, no salaries, no guaranteed qualifications for events), competitive play will still exist. [6]

Doing well at the Player Tour but not well enough to qualify you for a Final can also qualify you for the next round of Players Tours. This is based on record, not place finish and is similar to how players could string together invites under the old system.