Difference between revisions of "Saga"

In Modern Horizons 2 Saga reappeared on the card Urza's Saga, which is an enchantment land and also has the Urza's land type.[5] 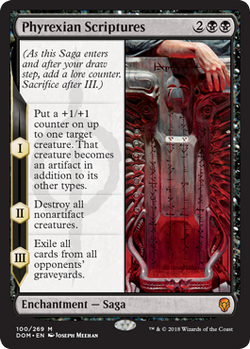