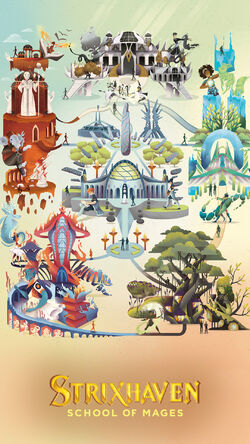 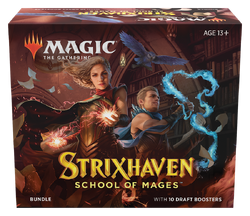 In lieu of the abandoned block model, R&D has found a new way to tie together the three non-core premier sets in a single Magic "year" (aka the fall, winter, and spring sets—using northern hemisphere seasons): they share a common mechanic. For Zendikar Rising, Kaldheim and Strixhaven that is modal double-faced cards.[18][19][20]