In lieu of the abandoned block model, R&D has found a new way to tie together the three non-core premier sets in a single Magic "year" (aka the fall, winter, and spring sets—using northern hemisphere seasons): they share a common mechanic. For Zendikar Rising, Kaldheim and Strixhaven that is modal double-faced cards.[18][19][20] Unlike the other two sets, there is no hard rule as to the nature of the MDFCs. This is the first time sorceries and instants were printed on the back face of a DFC.

The Set introduces the Inkling and Fractal creature types and the Lesson spell type. Pests appear for the first time outside of Mirrodin. Spirit and Elemental round out the token mascot quintet.

Compared to Kaldheim and Zendikar Rising, there are fewer Rogues and Warriors for the Party. Instead, the three other major spellcaster classes (Shaman, Druid, Warlock) return, joining the Party's Wizard and Cleric. There are more than twice the amount of Warlocks in this set as there are in Magic's history. The specially-reserved subtype Elder, last seen in Theros Beyond Death, returns for the Founder Dragon cycle.

Food tokens return in the associated Commander product. They are made by Chef Gyome.[25] 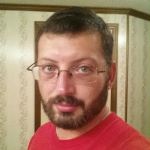