World of Warcraft: Dragonflight - The Loop

Unfinity is a booster-based card set for Magic: The Gathering. This is the fifth of the so-called Un-sets and is designed to be drafted. It is expected to be released in September 2022.[5][6][7] The release of the set was originally slated for April 1, 2022, but it was delayed due to ongoing supply chain complications from challenges associated with COVID-19.[8]

Unfinity is a top-down designed humorous set. It mixes retro-style science fiction with space circus, amusement park and carnival tropes.[5][9] External contractors like Seanbaby and members of long-time Magic content creators LoadingReadyRun contributed to the creative development of the set.[10]

Unfinity features science full-art space-themed lands: both basic lands ("spasic lands") and the Ravnica shock lands.[5][11] Each of the 30 legendary creatures has a showcase card treatment done in a retro-pop style (dubbed the "showcase cards of tomorrow"). The set contains 244 regular cards (10 basic lands) and includes randomly inserted premium versions of all cards. The regular cards include the spasic lands (5 "planetary" and 5 "orbital"). Alternate card frames have another card number than the original version. The borderless planeswalkers are #245-246. The showcase cards of tomorrow are #247 to #276. The borderless shock lands are numbered #277-286. The release card is #536. It is as yet unclear what cards are featured between #286 and #536.

Unlike previous Un-sets, Unfinity is black-bordered. Some of the cards will have an acorn-shaped holofoil stamp to replace the significance of silver borders.[6]

According to Mark Rosewater, when silver border was originally dubbed "not for tournament play," that meant not for Vintage, Legacy, or Standard, but for every other format, especially the casual ones. Over the years, silver border slowly shifted to end up meaning "not for any official format, casual or not," which contradicted what it was originally intended to do. Rosewater realized that many cards in the set would be perfectly fine to be played in black border Eternal sets. R&D then looked for another way to express "silver border-ness" that didn't require a silver border and turned to holofoil security stamps. What an acorn security stamp means is exactly what a silver border used to. This is a card not meant for tournament play and should only be used in casual formats where all the players agree to its inclusion. These have been dubbed "acorn" cards. If a card has an oval security stamp (or no security stamp at lower rarities), it's legal in eternal formats (which includes Commander, Legacy, and Vintage). These have been dubbed "eternal" cards. This security stamp technology allows R&D to let the two different types of cards commingle in the same set.[6] On common and uncommons the acorn stamp is printed on the card rather than embossed.[13]

Unfinity is available in Draft Boosters, Draft Packs, and - for the first time ever for an Un-set - Collector Boosters. The set is only available in English.[6]

Draft Boosters contain 14 cards and 1 additional play object (sticker[15]) in every Draft Booster.[16][17] They are expected to feature cardboard packaging.[18]

The Collector Boosters are 100% foil. Twelve out of fifteen of the cards are traditional foil, and three have "galaxy foil" (which looks like stars in space and are somewhat glittery[19]).

There is a land slot in every Draft Booster and two in every Collector Booster (one in each type of foil). That land slot will have the planetary space-ic lands, the orbital space-ic lands or the borderless shocklands. This means every Unfinity draft booster has a land in it and every collector booster has two lands in it, one in each foil treatment.[20] In addition, the ten Traditional Foil Shocklands are included as box topper in Draft Booster Displays and Collector Booster.[16]

The storyline centers on "Myra the Magnificent's Intergalactic Astrotorium of Fun", a space carnival that travels the galaxy.[9] The whole park is a series of interconnected flying spaceships that can move from planet to planet. The employees of the park are Goblins, Elves, Vampires and Zombies.

The set features circus, amusement park, carnival and game show tropes.[6][21] For science fiction, the set has robots, aliens, spaceships and technology. Magic itself is the main motif for the Astrotorium, allowing for many references to the game itself.[6][22]

Die-rolling is a returning mechanic.[6]

The main draft archetypes are the ten two-color pairs.[23] 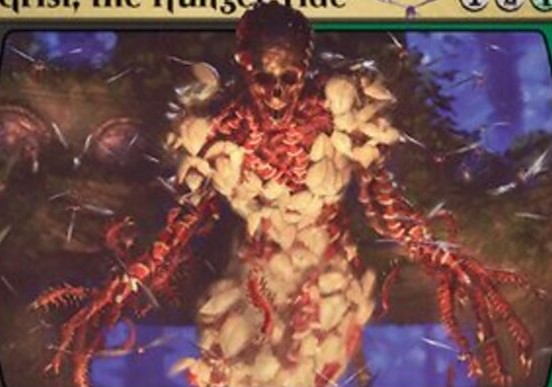 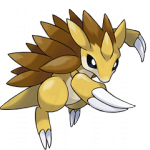