Zendikar Rising Expeditions is a set in the Masterpiece Series, functioning as the box toppers for Zendikar Rising. They can also be found in Collector Boosters.[2]

R&D picked from among the best lands ever printed, and chose 30 lands to be represented as Zendikar Expeditions. They each feature a distinct expansion symbol (a detailed hedron), have their own set code (ZNE) and are numbered #1–30. This distinction is to indicate that they aren't legal in Standard: this printing doesn't impact what formats the cards are legal in.[3] 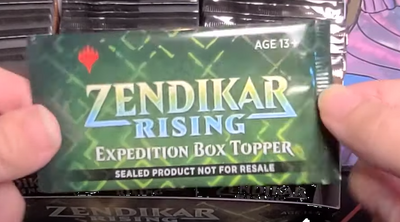